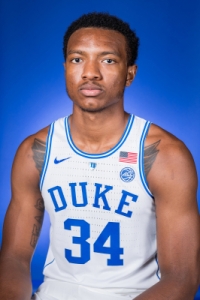 Wendell has a list of High School accolades a long a your driveway.  I am rarely impressed by such things inasmuch as we have no idea of what type of competition the player sees.  I am, however, impressed when I see a list of accomplishments as long as this young man’s 7’5″ wingspan, with USA Basketball, where he’s competing against players presumably of the same calibre.  Here’s what he accomplished with them:

Wendell attended Pace Academy in Atlanta where he carried a 3.6 GPA that included Honours Calculus.  He also participated in the annual school play this year and last.

Wendell was born in Atlanta to Wendell Sr. and Kylia Carter,who both played college basketball.  He at Delta State and she at the University of Mississippi.  Dad followed up college with a professional career in the Dominican Republic.

I’ve done a ton of reading about this young gentleman and am well impressed with him.  He is the epitome of the Student-Athlete.  He and his family travel everywhere, including to visit with Duke Alum, Coach Tommy Amaker at Harvard, where Wendell’s Mom wanted him to go, hence you might be able to identify his parents as they sport maroon and white “HARVARD” jackets.  Somehow I think he did pretty well by choosing Duke !!!

We remind you that we welcome your comments both here and at our Twitter site at: