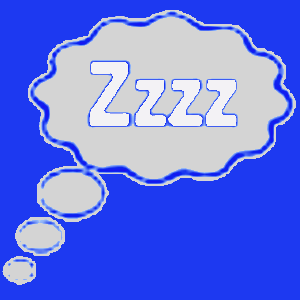 Saturday’s Wake Forest game was not broadcast everywhere, so Bermuda Bob didn’t get to see it, but Bill Wheeler got lucky and was able to see the game … After Sleeping on It, Bill gives us his impressions, while Bermuda Bob comments on what he gleaned just from the Box Score …

Bill:    Frank Jackson is already a good Point Guard, but he has a tendency to favour passing to the right side of the Arc.  Sooner or later, teams are going to pick up on this.

Bermuda Bob:     Once again, Frank was subverted to Bench.  He HAS to be the Point Guard for this team to establish some sort of continuity …

Bill:     Wake was disrupted by Duke breaking out of their traditional man-to-man defense in favour of a Zone and trapping.

Bermuda Bob:   While is was disrupting, it still didn’t cause double digit TurnOvers, but it apparently DID disrupt their shooting outside the Arc as Wake shot 6 of 20 for only 30% !!!

Bill:     Antonio got 6 minutes and made the most of them, nailing a dunk and hoofing it to the other side of the Floor for a stop.  I’m glad he was praised by Coach Capel.  This is not the first time this year or last year when Antonio has done something like this …

Bermuda Bob:     We have both been begging for more Floor time for Antonio.  When you consider that Giles played 18 minutes and did little more than contribute 6 Points, 4 Fouls, and a TurnOver with Antonio, it proves my idea of RedShirting him would not have hurt this team …

Bill:
Tatum took several untimely shots.  A couple were just bad shots he took, hoping they’d go in to boost his stature, not necessarily the team’s.  Once he fouled out, Duke became a different team.

Bermuda Bob:      I hate to say things like this, but I told you so … Tatum stole 21 minuted from another player who would be more productive and less harmful.

Bill:     Grayson Allen has become a lightening rod for opposing teams.  I think he needs to be benched.  He got knocked down once on a drive to the basket and immediately began to mouth off, which drew a “T” !!!

Bermuda Bob:    I don’t get it.  I love a player with verve, but he might not have tripped anyone for a while, but his overly-fiery conduct is something to be concerned about.  I think he needs a shrink PLUS the threat of being benched !!!   As I’ve said before, what if he does something down the road in the Big Dance that adversely affects the team, and/or even the outcome of a game ???

Bermuda Bob:     I watched the Virginia/Villanova game yesterday and thoroughly enjoyed it because it was played at a fast pace where both teams excelled on both sides of the Court …  Last week I also saw ‘Nova beaten by WoJo’s Marquette’s team.  Duke would get slaughtered by all 3 of these teams !!!

Thanks for the Read …

Weigh in on the topics we’ve discussed here, or anything else you’d like to …  You can dohere here, or at our Twitter site: