In this Installment, Ro & Bermuda Bob discuss the surprising dismissal of Rasheed Sulaimon, some history, and the future without him.

Wow, what a game changer, was anyone expecting this ???

Rowan:         Absolutely not, but reading through most of the stuff on social media it seems that people have all of a sudden remembered episodes where Sulaimon seemed selfish or was frustrated. Whether for being called for a bad Foul or taking an ill advised shot, these are things all the Duke players are guilty of by the way, during their THREE losses.

Prior to this dismissal I hadn’t heard any grumblings about Sulaimon.

Bermuda Bob:         I had not heard much in the way of any foreshadowing of this. I honestly thought he might have transferred after being spurned from a starting position his Sophomore year. If his “problem” is vocalizing frustration, then maybe it was understandably warranted after being subverted a second time by a kid Coach K recruited behind him. I honestly wonder if Rasheed’s mother was able to pick up the phone and ask for a chat with Coach K like Jabari Parker’s mother was, as revealed by Sports Illustrated.

There has been some wild speculations on social media, from drugs to team in-fighting.  Are there any thoughts on how we got here ???

Rowan:     We always laude players for buying into a system, accepting their roles, and make villains of players that don’t. Sulaimon had a great Freshman year, but was never given an opportunity to expand on it.

Why ??? Duke started wading into the murky waters of the “one-and-done” phenomenon. For years, Coach K had tried to get these players but they always bypassed him.

Andre Drummond, Kevin Love and John Wall all spurned Duke. So Coach K had to take drastic action to attract these players because turning up wearing all white, driven in a white limousine, were gimmicks that fell short of the mark. He got lucky in the form of Austin Rivers. Kyrie Irving wasn’t a lock to be a “one-and-done” but that turned out to be a blessing in disguise because it said Duke is “open for business.” Then Jabari Parker happened, followed by JahLil Okafor, Justise Winslow and Tyus Jones.

It’s as if Coach K cannot be bothered to develop players anymore. The players have no patience to wait for their turn. Freshmen were given the keys to the program. Players have been transferring from Duke at an alarming rate since 2010. Incidentally that’s the last time Duke won a Championship, and they did it with Upperclassmen.

When Duke recruits kids like Sulaimon, Michael Gbinije, Alex Murphy, and Semi Ojeleye, I can’t imagine they were told that they will be marginalized if Duke can recruit a higher rated player.  So, while I don’t condone Sulaimon’s behaviour, I understand it. If he would have been given certain opportunities maybe he could have been, and become an NBA player, but every season since his Freshman year, it is looking highly unlikely. Hey, maybe he could have even left his Freshman season after all.

Two First Round exits in three years, to lesser teams, is not a great return.

Bermuda Bob:         Rasheed came to Duke for the 2012 Season and blossomed because, I believe, that was the last squad not subverted to “one-and-done” Frosh. In the two seasons previously there was Kyrie Irving and Austin “Da Black Hole” Rivers. Both subverted the Upperclassmen and left the programme bludgeoned and in tatters.

Then, as he comes back from FIBA Under-19 Championship, he discovers that Coach K has embraced yet another “one-and-done” recruit (Jabari Parker) who would be paired inseparably with a transferred player (Rodney Hood). The Starting position he presumed was his, and he had earned the previous season – averaging 11.6 Points and 29.2 minutes per game – was swept away from under him. Then, that pesky Sports Illustrated article, and all it revealed, reared it’s ugly head again.

This year Rasheed must have presumed things would be different. After all, how could 3 of 4 Frosh force him to take a backseat ??? Many presumed, myself included, that he would be paired with Quinn Cook. After all, this was Duke … a programme that developed players and respected Upperclassmen. As the great Italian Philosopher, Rose Castorini of “Moonstruck” fame proclaimed: “… not no more it’s not !!!”

Rasheed was relegated to an ignominious role on the Bench, regardless of memorable performances. Then something happened. I cannot believe that if Coach K was thinking of sacking Rasheed, he would have played him (even if it was sparingly) against Notre Dame.

Maybe Rasheed should have seen the handwriting on the wall like “Silent G,” Alex, and Semi, but then maybe he had too much faith. Faith in the place he was recruited to that may no longer exist.

Do you agree that he would have been kicked off or does he deserve another chance ???

Rowan:     For Coach K to actually kick him off the team at this point means that the Junior’s behaviour must have been very detrimental to the team, so he had to leave.

If a player does not accept the role available to him, then he must find another place to play. Even if he justifiably thinks that he is better than certain players in front of him. These feelings fester and eventually manifest themselves in a really negative way, making that player a cancer to the team.

This must hurt for Sulaimon because, based on his Twitter feed, he seems to love being at Duke. His high school coach thought that everything was alright between Sulaimon and his current coach (now previous) so something must have happened after the Notre Dame game.

Maybe it was due to certain double standards because some players were getting beaten like a drum, but played major minutes while other players barely saw the Court after making some small mistakes.

Sometimes you just have to cut your losses and move on. Hopefully he can find a landing spot that will meet his requirements for a happy existence. I imagine that he is currently a hot commodity so he will be spoilt for choices. Let’s hope it’s second time lucky for him.

Bermuda Bob:         I agree that if his indiscretions warranted dismissal, then it had gotten to a point of no return.   It is not for us to determine if they were, that’s why Coach K is paid the big bucks. I am not a fan of second guessing the dismissal, however, we can surely second guess how he was used and why.

Every Duke fan has heard those famous words about practicing hard and players earning their spot. Well, I might have believed that once, but I don’t any longer. It’s “balderdash” to think that any kid would come to Duke and all-of-a-sudden decide to just coast, especially not since Coach K dipped his toe into the “one-and-done” debacle.

Yes, I said “debacle.” Has the “one-and-done” player produced anything positive since we first heard of it ???   I maintain that it has not. College is where High School “superstars” meet reality and find out if their skills can be honed while getting an education. The last guy to mix both was Jay (then Jason) Williams, who got his degree in 3 years. All other Duke Championships were won by Upperclassmen whose skills were seasoned over the duration of their matriculation.

I surely hope a Coach who is interested in what Rasheed has already proved he can produce finds him. A Coach who knows what we don’t right now about Rasheed’s dismissal … Eyes wide open.

Rowan:     Coach K likes to play 7-8 players, now he has 7-8 players.  The Detroit Pistons started winning games when they released Josh Smith, maybe this could be the new Duke.  If Grayson Allen is the answer, then he will have to undergo a remarkable metamorphosis by Saturday.

Bermuda Bob:         I have been critical of Coach K for not playing Grayson more. I agree that he will most likely see more time, even if it is due to Foul trouble. I do not believe that you recruit a kid of his caliber and let his spirits wallow on the bench, perfecting his splinter extraction technique. I do not think he will be a liability. I think he has simply not been given enough time to prove himself and feel comfortable in his new place.

What I do worry is that both he and “Plums” only get time due to Foul trouble. “Plums” earned kudos from Coach K for his role in the St. John’s win, but was “rewarded” with only 6 stolen minutes when “Oaks” went down, temporarily gimped. Grayson has played only 98 minutes in 20 games.

Please know one thing … nothing I have said here is intended to be negative towards “Oaks,” “The Chief” or “The Little Big Man.” They are of this new “one-and-done” era thru no fault of their own. It would be wrong to demonize them for the purpose of this conversation. 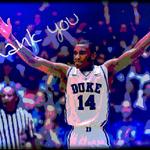 Thanks to Zoe Plant for her great creation.

Please feel free, as always, to let us know what YOU think !!!